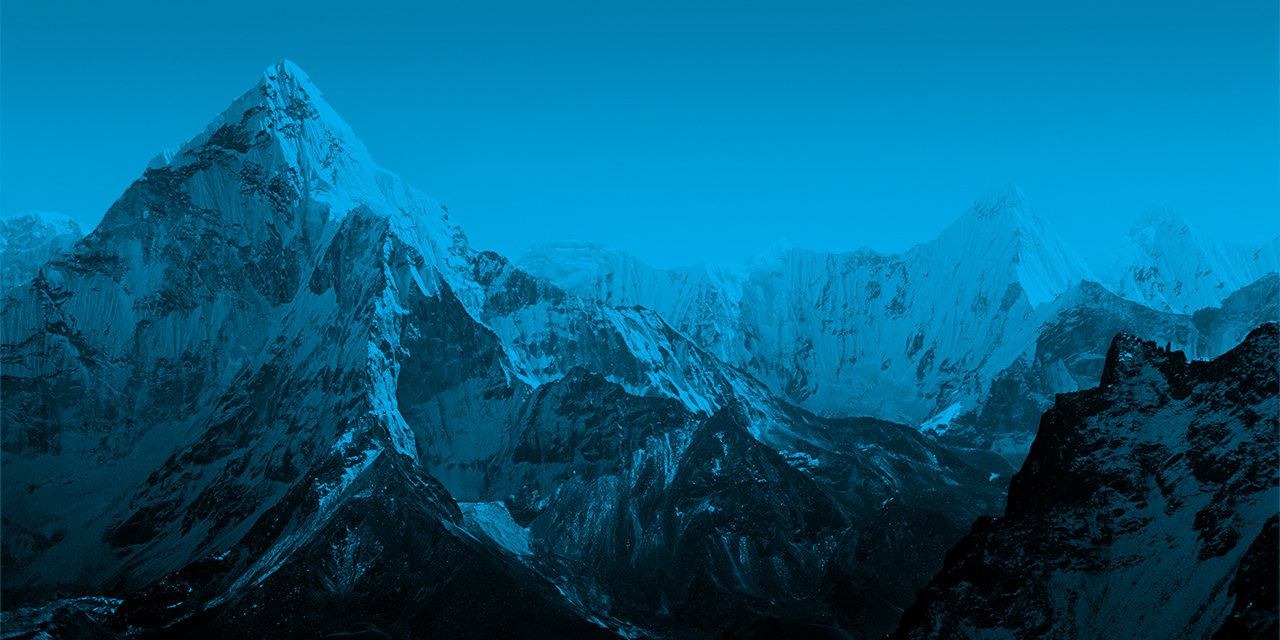 There are certain time periods associated with extraordinary events that bring about a reset of some aspects of society and the investment markets. For example, the years 2000 through 2002 saw the bursting of the speculative dot-com bubble followed by the 9/11 terrorist attacks. This period resulted in significant changes in US government policy, both foreign and domestic, as the Global War on Terror commenced. In an effort to increase security, citizens lives were disrupted with passenger screenings in airports and new safety procedures across many facets of society. The investment markets experienced substantial disruption including the bursting of the speculative technology bubble and a 3-year bear market. Ultimately, the S&P 500 declined approximately 50% and the NASDAQ plunged nearly 80%. Investors’ insatiable appetite for risk during the dot-com bubble was emphatically replaced by an aversion to risk-taking that lasted years.

The Great Financial Crisis (GFC) of 2007-2009 was another period of significant change. The bursting of the housing bubble resulted in the deepest economic recession and financial system meltdown since the Great Depression. Millions of homeowners defaulted on their mortgages and the entire banking system was on the verge of collapse. The S&P 500 plummeted 57% from top to bottom. To rescue the financial system, the Federal Reserve (Fed) responded with innovative policy approaches such as Zero % Interest Rate Policy (ZIRP) and a massive bond buying scheme called Quantitative Easing (QE). The Fed and other central banks around the world provided enormous amounts of liquidity that helped stabilize a wobbly global financial system. On the fiscal policy front, Congress authorized the Troubled Assets Relief Program (TARP) and passed the Dodd-Frank Wall Street Reform and Consumer Protection Act in an attempt to make the US financial system safer. The impacts of this regulatory expansion are still with us today. As in all past severe financial contractions, investor appetite for risk-taking diminished and took years to recover to more healthy levels.

The Pandemic Era is another significant reset in society and the financial markets. As the spread of the Covid-19 virus gained momentum in early 2020, the initial US governmental response was to shut down the economy and have citizens shelter at home. This resulted in the shortest and deepest recession in history, and the stock market (S&P 500) declined 34% in a month. As this severe decline unfolded, enormous policy responses from the Fed and Congress were initiated, pumping trillions of dollars of liquidity into the economy and financial markets. This massive stimulus had its intended effect as the economy quickly rebounded and the stock market recovered its losses in a matter of months. As the Fed and Congress continued to add fuel to the fire with additional liquidity, the S&P 500 surged to new all-time highs with an 18.4% gain in 2020 followed by a 28.7% gain in 2021.

However, 2022 was very different from the first two years of the Pandemic Era. While the governmental stimulus provided a strong tailwind for the markets in 2020-21, it also ignited the strongest upsurge in inflation in 40 years. Although the Fed was late to recognize the pervasiveness of the inflation problem, once they did, their policy actions flipped from stimulative to restrictive.

From the beginning of the Great Financial Crisis 15 years ago to the start of the Pandemic Era, Fed policy was the most stimulative in its history. Fed funds were anchored at 0% (ZIRP) for most of this time and QE was ongoing as the Fed bought trillions of dollars of bonds to keep interest rates at historically low levels. Once the pandemic hit in 2020, the Fed doubled down on these low interest rate controls in an attempt to avoid economic disaster. These actions created an extraordinarily low cost of capital for both debt and equity. With inexpensive capital available in abundance, the economy grew vigorously, and the markets soared. Congress played its part by providing trillions of dollars of additional fiscal policy stimulus. Unfortunately, this massive monetary and fiscal stimulus eventually led to speculative excesses in markets and a rapid rise in the price of goods and services, also known as inflation. This series of events led to the about-face in Fed policy that is with us today.

The Fed is now attempting to reduce inflation by using its policy tools to raise interest rates. The Fed funds rate increased from 0% in March to over 4% today and Quantitative Easing (QE) shifted to Quantitative Tightening (QT). Instead of providing ample liquidity, the Fed is now rapidly draining liquidity from the financial system.

The Fed’s about-face is significant and will have consequences for years to come. First, borrowing costs are substantially higher for governments, businesses, and consumers. As borrowing costs rise, the amount of new borrowing declines, which has a dampening effect on economic growth. Second, higher interest rates lead to lower valuations for businesses. We have already seen this with a downward adjustment in stock prices, especially in the most speculative areas of excess. With the cost of both debt and equity capital rising, it’s reasonable to expect less vigorous capital markets, which ultimately leads to weaker economic growth. Overall, the Fed believes a slower growing economy, or a recession, is necessary to bring inflation down to more acceptable levels.

No one knows exactly how all this will play out in 2023 and beyond. But there are things we do know as we look ahead – some negative and some positive. On the negative side, the US federal government balance sheet is now saddled with over $30 trillion of debt. With interest rates rising, the cost of servicing that debt will impair the flexibility of future government spending. We haven’t seen fiscal austerity out of Washington, DC, in a very long time, but it is likely coming. Also, with Fed policy flipping from QE to QT, the draining of liquidity from the financial system will result in a less accommodative environment in both the economy and the stock market. QE provided tailwinds; QT will create headwinds. Finally, geopolitical change is layered on top of these headwinds with war in Eastern Europe and deteriorating relations with China. Russia and China are both foreign policy concerns that must be handled deftly in the years to come.

On the positive side, higher interest rates have enhanced the attractiveness of investing in fixed income. During the long period of ZIRP and QE, unusually low interest rates made it virtually impossible to generate an acceptable stream of income from a portfolio of bonds without taking substantial risk. In today’s higher interest rate environment, the fixed income portion of client accounts can again contribute to overall portfolio returns. For our clients who need income from their accounts, this is a welcome change. Additionally, the US banking system is in a stronger position today than at any time in several decades. Capital levels are higher, balance sheets are stronger, and lending has been more responsible. These enhancements to the banking system resulted from changes instituted after the GFC and should help the economy during times of future stress. Finally, the surge in speculative activity that occurred in US markets in 2021 has been corrected and eliminated in 2022. Too much speculation is very dangerous in markets, and this year’s cleansing should lead to healthier markets with fewer excesses as we head into 2023 and beyond.

A Future Filled With Opportunity

Finally, while we find ourselves in this period of continuing economic and market resets, we look to the future with a sense of optimism. With last year’s stock market decline, we are finding a number of stocks that are more attractively priced than they have been in many years. Fixed income securities are generating the most attractive levels of income in the past 15 years. In addition, history teaches that after a downturn in the US economy and markets, wonderful investment opportunities present themselves. Many of today’s most innovative companies that changed our lives and led the US markets over the past decade were spawned during the 2000- 2002 and 2007-2009 economic resets. We are on the verge of amazing advances in artificial intelligence, quantum computing, medical treatment breakthroughs, and other innovations that we can’t possibly anticipate. The US economy is in a constant state of change that over the long term moves the world forward. Investors can benefit by participating wisely in this exciting future.

As always, we continue to manage your accounts guided by the same principles we have adhered to for the past 30 years. We emphasize high quality in every security we buy for you. We seek stocks that are financially strong, headed by talented leaders who cultivate productive corporate cultures, have durable business models, and are priced reasonably. In fixed income we only consider high quality bonds that can deliver a reliable stream of income no matter how stressed the macro environment may be. We think about tough times ahead of their arrival in an attempt to ensure that your portfolios can stand the test of time, regardless of the ups and downs that the future may bring.

We enter the new year filled with gratitude. We thank you for allowing us to manage your financial assets and develop long term relationships with you. The trust you place in us is humbling and we are working diligently to maintain it.

Baird Trust Company (“Baird Trust”), a Kentucky state chartered trust company, is owned by Baird Financial Corporation (“BFC”). It is affiliated with Robert W. Baird & Co. Incorporated (“Baird”), (an SEC-registered broker dealer and investment advisor), and other operating businesses owned by BFC. Past performance is not a predictor of future success. All investing involves the risk of loss and any security may decline in value. This is not intended as a recommendation to buy any security and views expressed may change without notice. Baird Trust does not provide tax or legal advice. This market commentary is not meant to be advice for all investors. Please consult with your Baird Financial Advisor about your own specific financial situation. 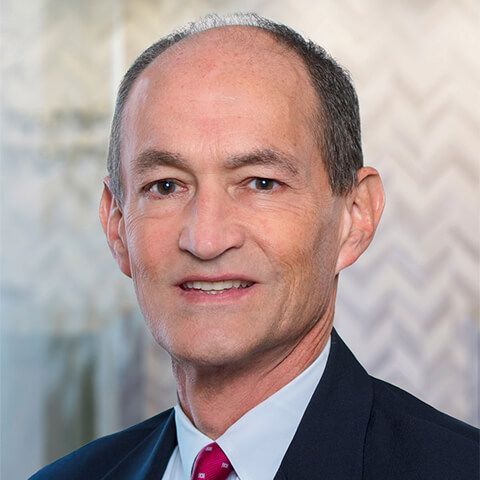 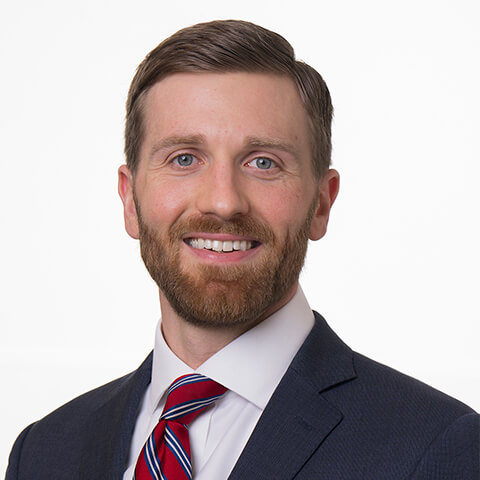 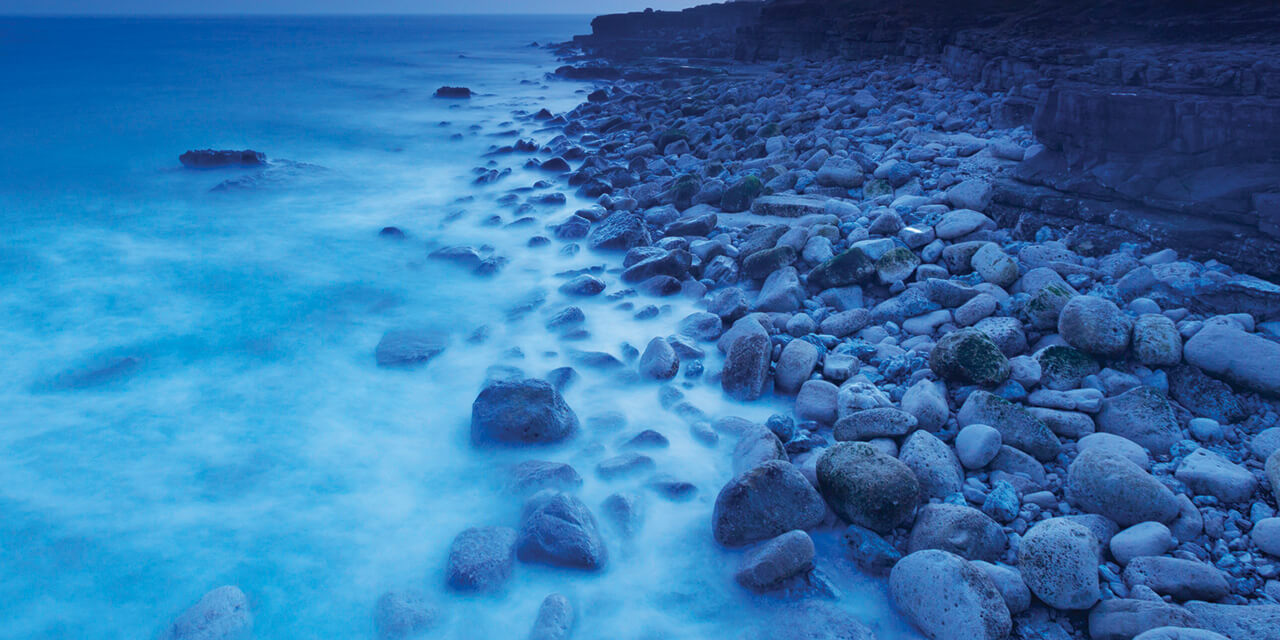 When the immediate future is unpredictable, it’s vital to invest for the long term. 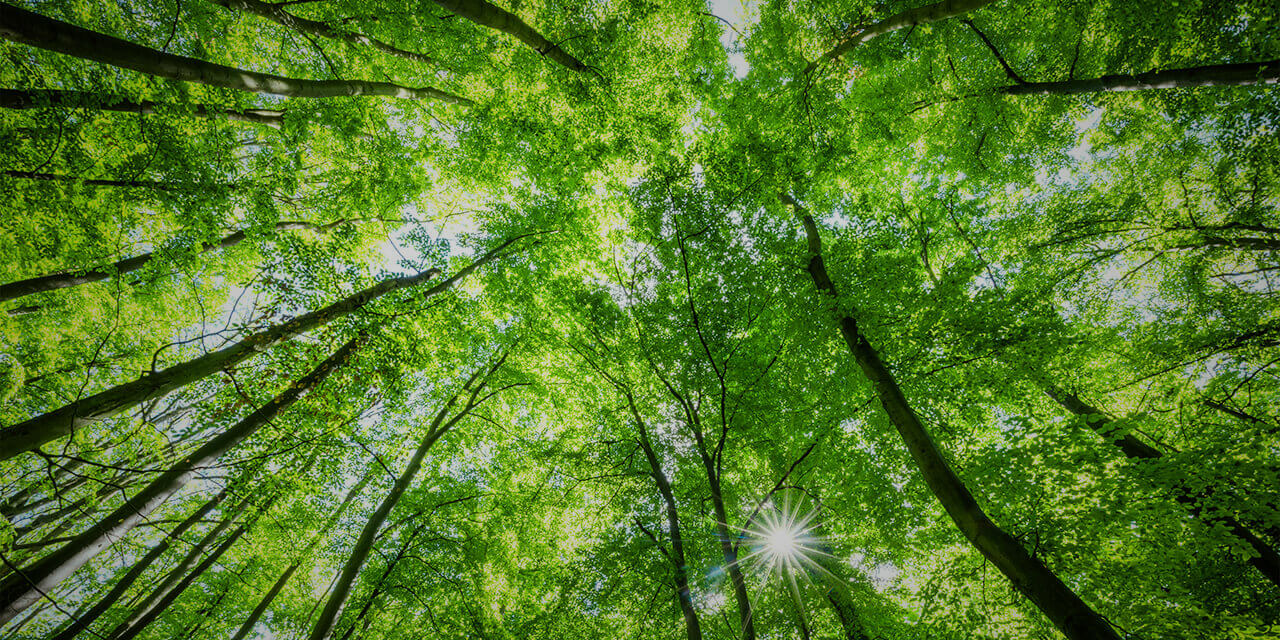 Investment Management
In Times Like These, Remember Why You Own Bonds

Why time is always a bond investor’s best friend. 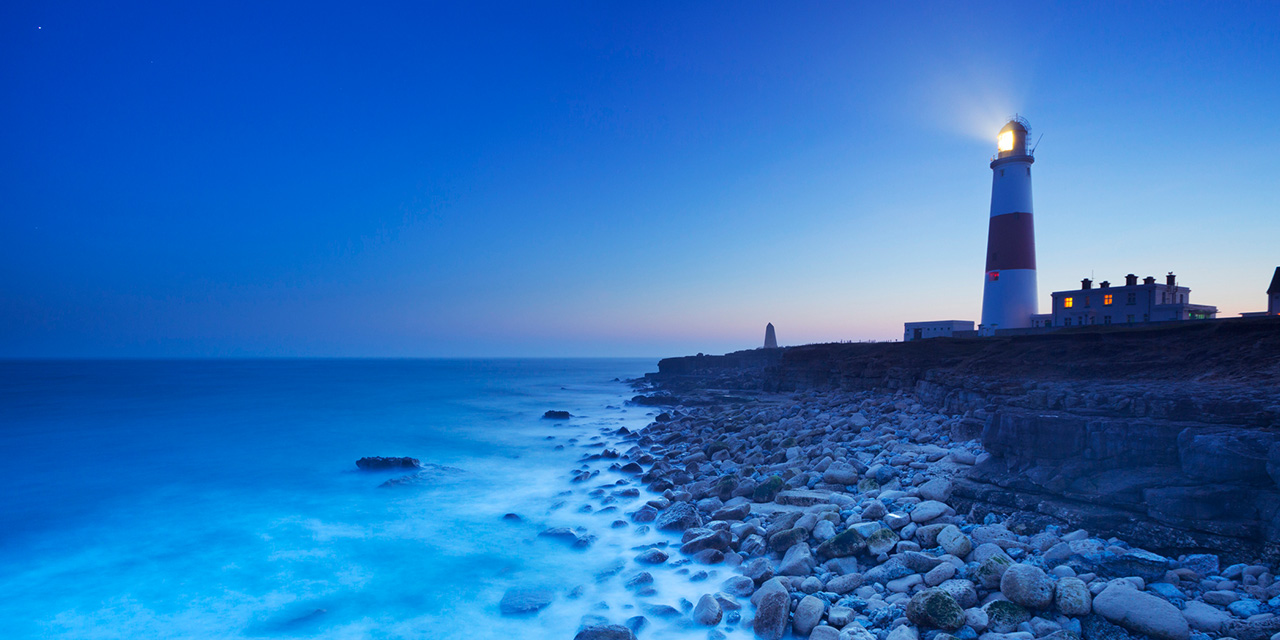 Our emotions go into overdrive whenever our portfolios begin moving sharply in either direction.